My friend/coworker Ned Swanberg and I are having a show at the gallery at BALE (Building a Local Economy) in South Royalton, VT later this month.  It's a sort of resurrection of the Confluence show we had together at the Gruppe Gallery in the spring of 2013, although we will both be showing some new pieces that were not in the Gruppe show.  It opens on August 30th and runs through September 24th.  There will be an opening reception on August 30th at 4pm.  This link has some additional info.

Below are some images of some of the pieces I will have on display.


And here is the official press release!

A confluence of Japanese-style gyotaku collage, river-themed fabric art, and watercolors are featured in an exhibit by Gretchen Alexander of Jericho, and Ned Swanberg of Sharon, at BALE in South Royalton.  An Opening Reception will be held on Saturday August 30 at 4 pm.

The exhibition examines mountains and rivers with the perceptions of naturalists.  Gretchen Alexander is currently expressing her interest in aquatic ecology through the fiber arts including a Japanese fish printing technique called Gyotaku and felting.  Gretchen will also share riverscapes in watercolor.  Ned Swanberg will share plein - air watercolors inspired by the White River and New England mountain walks.

BALE, Building a Local Economy is a community resource center for local economy initiatives that emerge from the creativity of people and communities of the White River Valley. Our core vision is that of stewardship of place – our home and our communities – and of our relationship to the natural world of which we are a part.

The Confluence art exhibit can be viewed at  BALE on the green in South Royalton Vermont at 35 South Windsor Street.  The exhibit will hang from August 31 to September 24.www.balevt.org

Gretchen Alexander and Ned Swanberg work in the Watershed Management Division at the Agency of Natural Resources.  As colleagues, naturalists and artists they have both drawn from the rocks and rivers that define our bioregion and inform our culture.  Their work ranges across scales, textures, palettes, and emotional tone.

For more information on BALE and the upcoming exhibit please contact Chris Wood at  info@balevt.org
Posted by Millstone Artworks 1 comment:

My friend Mary is the office manager at Richmond Family Medicine, a short drive down the hill from the road we both live on in Jericho.  Mary and I have been friends a long long time -- since we were babies and didn't yet know we were friends. Now we both have busy lives with kids and work and the whole shebang and don't often see eachother despite living in such close proximity.  But we have the kind of rooted friendship that endures on random hellos in the grocery store, waves from the driveway, and occasional catch-ups, and I feel happy knowing she and her family are just down the road.  A few months ago she asked me if I'd be interested in showing some of my work in her office space, and I didn't hesitate to say "Yes"!  The office she manages has beautiful natural light and is a great location to display artwork.  I've even had a bit of success in selling a few pieces from the show and had some great feedback from acquaintances who happened to see the show.  Many thanks to Mary and Richmond Family Medicine for the opportunity to show my work!  The show will hang through December 2013 and come down some time in January. 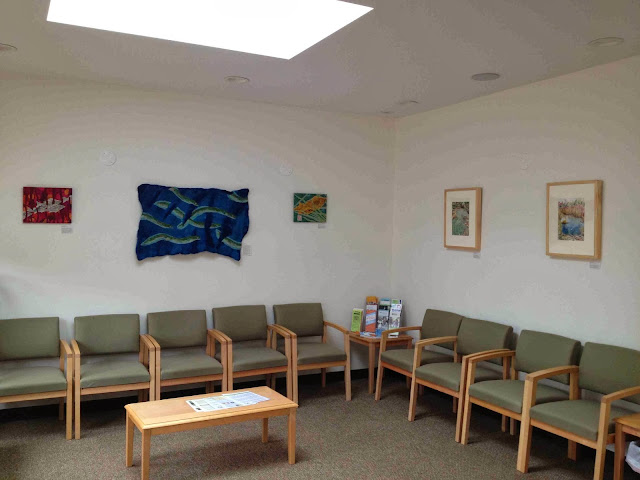 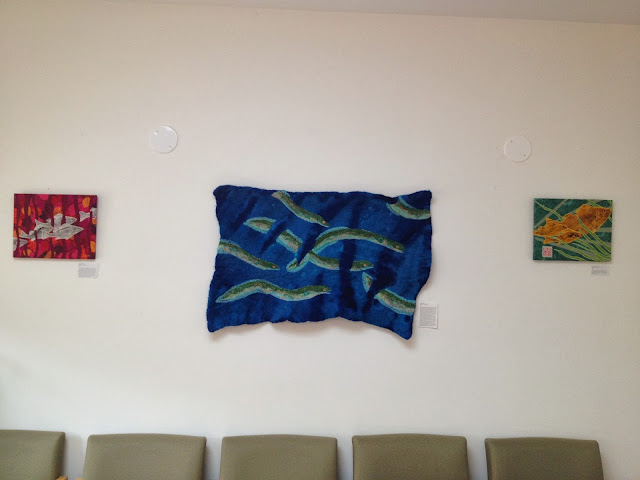 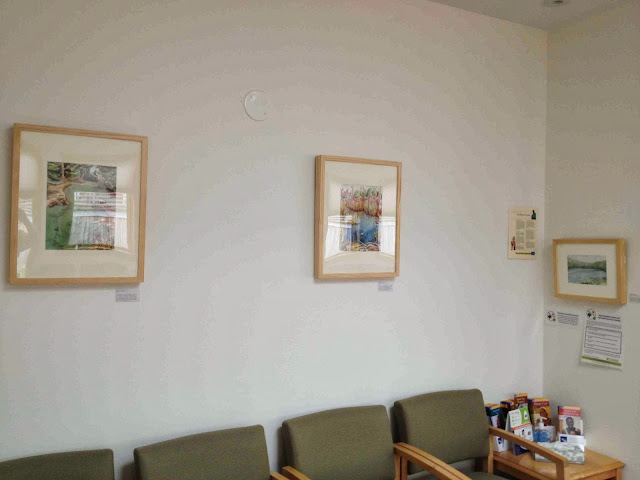 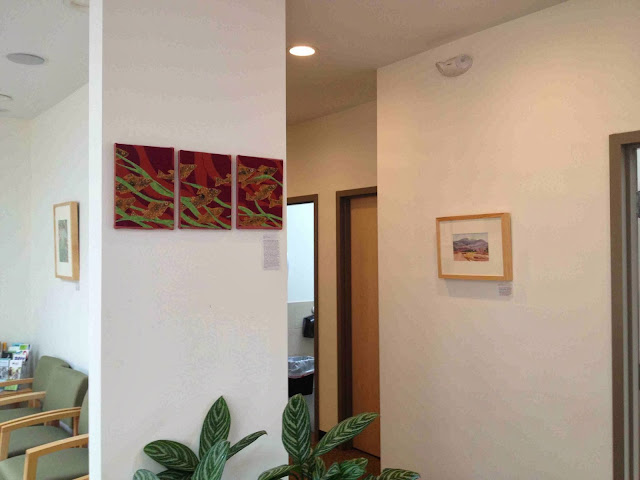 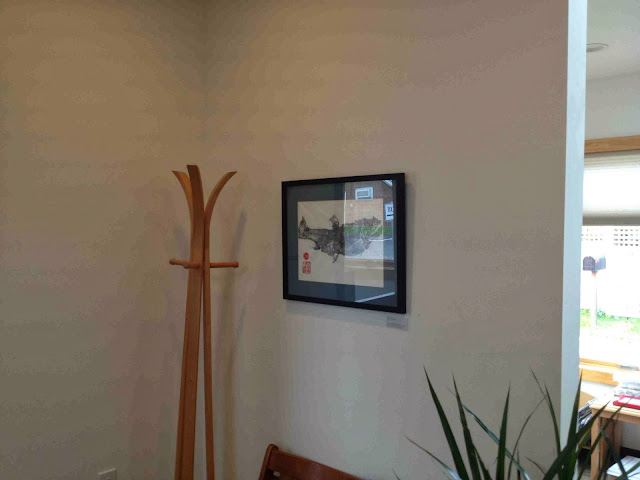 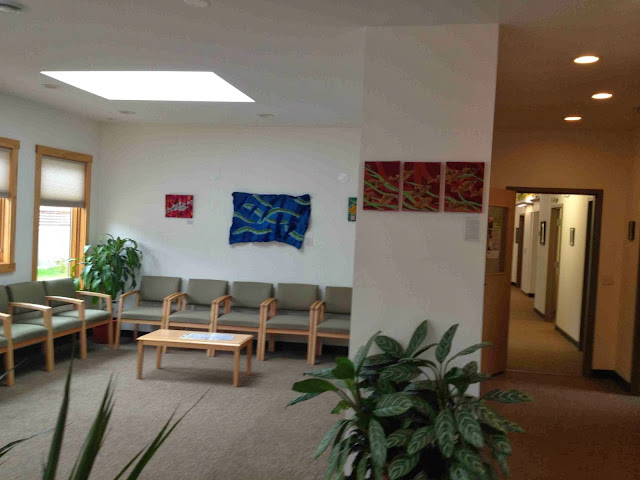 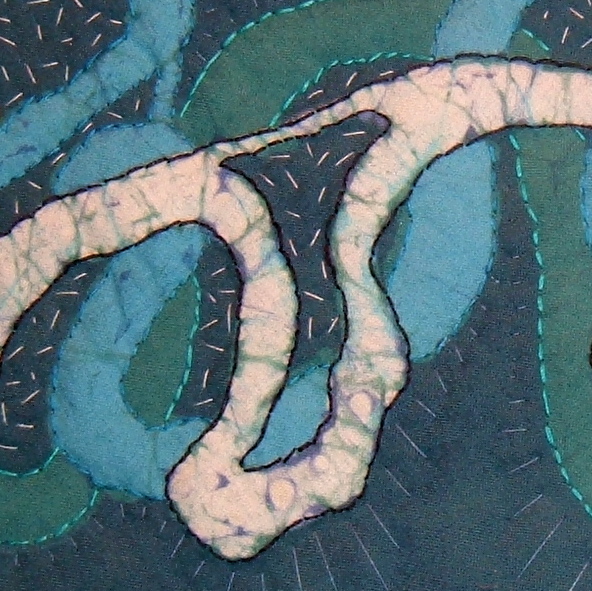 My mother has been gracious enough to offer me a slot in her gallery schedule in June 2013.  I've been wanting to do my own show for quite a while, but creating a large body of work with limited free-time is very challenging.  Even though June is a few months away, I felt like I needed some help and asked two of my co-workers, Sacha and Ned, to show their work with me.  The three of us work together in the VT Agency of Natural Resources Rivers Program, and given the many layers of themes our works encompass, we decided to call our collaborative show:


Confluence:
Rivers and Mountains
Art and Science
Workmates and Friends

We came to know eachother as artists by accident through casual conversations.  The three of us share a mutual interest in natural history and science, and upon Ned's suggestion, we started to share a journal in which we take turns recording our thoughts and sketches.  Looking forward to continuing this creative journey with my friends.  Here's a sneak peak of some of the pieces I've been working on for the show: 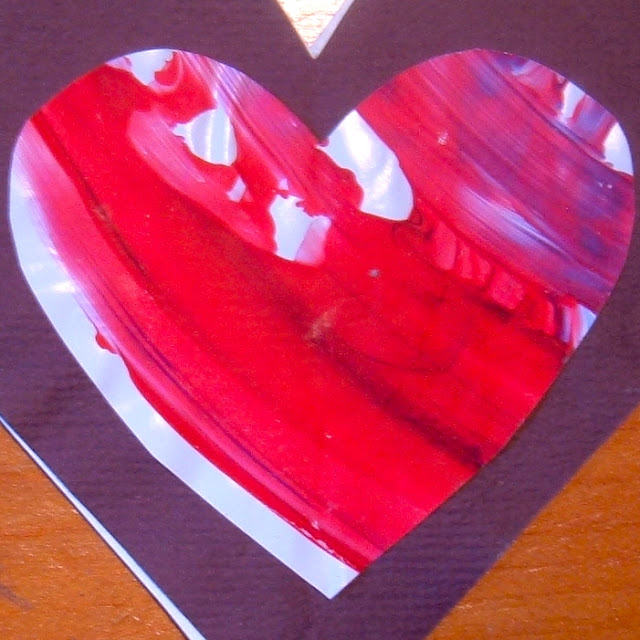 I have always hung on to making Valentines for my family members.  I'm the only adult in my family that still does this, but that's never deterred me.  Mostly I just enjoy an excuse for a little art project, and I've always felt that's important to let others know how much you appreciate them.  It's easy to share kindness, and it makes people happy, so why not?

This year's Valentines are unique in that they are two sided -- one side graces some of Henry's finger-paint artwork, and the other side are some of my fishy/landscape doodles. 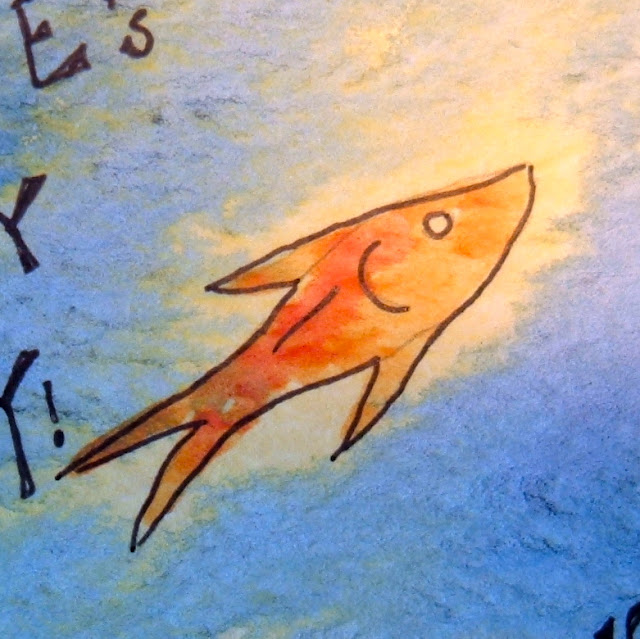 I don't know if kids still make Valentines these days.  I remember in elementary school that my handmade Valentines were not as coveted by my classmates as the store-bought Scooby-doo variety, and I was one of only two kids in my class that actually cut them out of construction paper and doilies.  Has that trend changed in 30 years?  All I know is that I look forward to making more Valentines with this little guy! 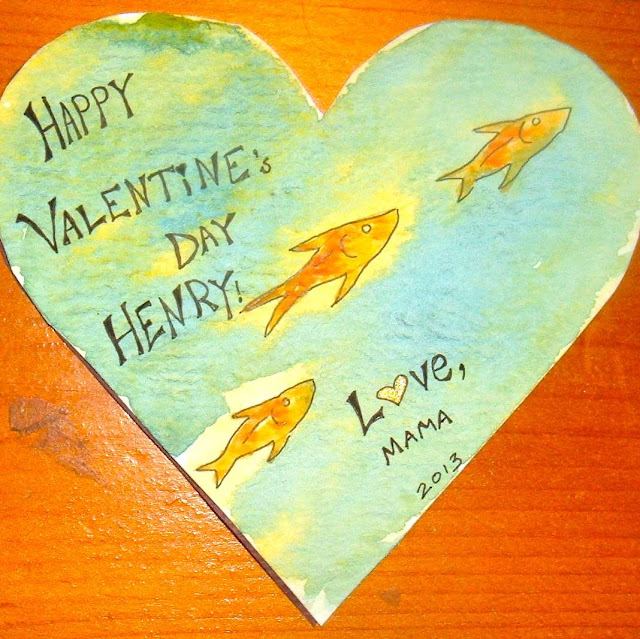 As I mentioned in previous posts, I attempted to make a pair of felt slippers for all the lades in my family for Christmas this year.  Of course, I decided to do this just a week before Christmas.  Given that I had failed miserably at trying to combine some scrap prefelts together, I needed to first make some felt.  This is a shot of some carded fiber being laid out for wet felting. 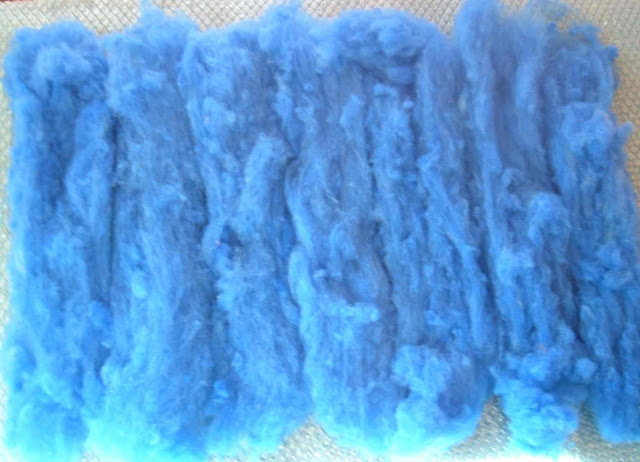 I then cut out the slipper pattern pieces and started to needle felt the seams before sewing them together by hand. 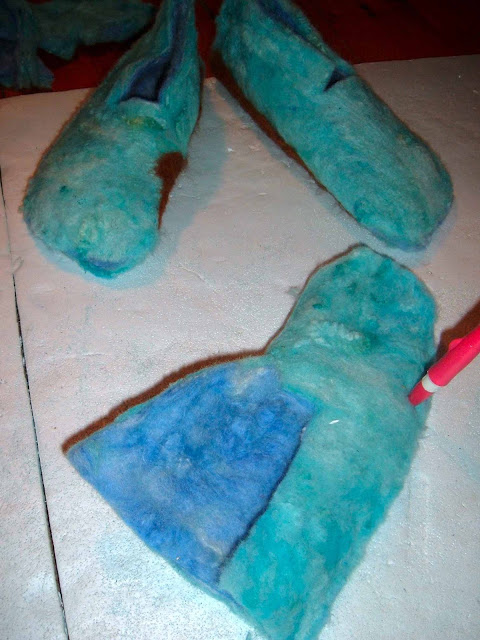 Once they were all assembled, I bound them up with rubber bands and binder clips to do some physical resist dying.  However, I didn't quite get the effect I was going for.  I think my mistake was that I pre-soaked the slippers in water, which you usually do when you want to promote uniform uptake of the dye.  However, the point of physical resist is that there is uneven uptake of the dye, so I kind of blew it there   Next time...

Voila, five pairs of slippers.  After rinsing them out after the dye bath, I decided to pop them in the dryer for a few minutes to speed up drying and tighten up the fibers a bit.  I checked them after a few minutes and was very pleased with how they were shaping up.  "Just a few more minutes" I thought to myself, and popped them back in.  Brian always tells me I'm very absent minded -- the sort of person that puts on a pot of water to boil to make a cup of tea, gets engrossed in something else, and completely forgets about the pot on the stove.  I think "absent minded" is a bit of a misnomer, because the mind isn't absent at all -- it's that you're lost in it.  Well, true to form, I totally forgot about the slippers.  When I finally did remember, it had been more like 15 - 20 minutes instead of just a few, and they had all shrunk down to toddler size!  "Oh crap", I thought, "don't tell me a I just made five pairs of kids slippers".  I whisked them out of the dryer and dunked them in luke warm water and started stretching them out by hand and around my own feet.  Luckily, they stretched out to almost their original size.  I was still able to gift them along with instructions on how to stretch them further, if needed.  I think everyone was able to get them around their feet eventually!
Posted by Millstone Artworks 1 comment: 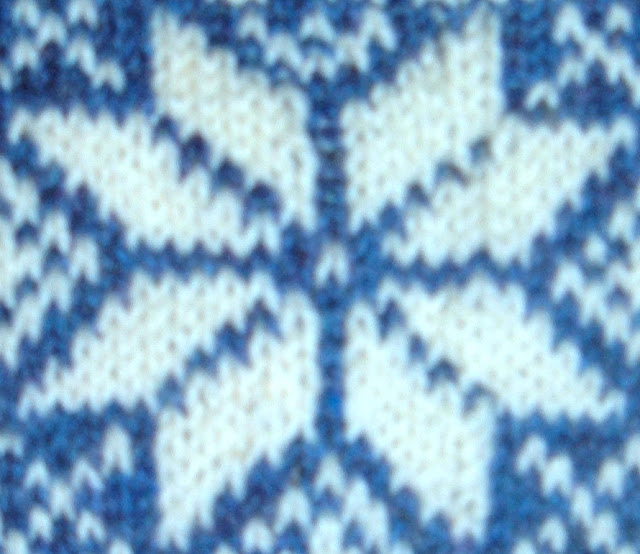 Christmas stockings have always been one of my favorite holiday traditions.  Growing up, my Mom hand knit stockings for all of the kids in my family.  Mine has a Santa in a chimney on it.  I've always treasured it.

Because the stocking my Mom made for me makes me so happy, I decided I would make one for my own son this Christmas.  I found a free knitting pattern on-line and dug out some leftover yarn my Aunt had given to me, and went to town.  I didn't have the correct needle size for the pattern, but figured bigger is always better, right?  Well, the proportions came out kind of funny -- sort of ended up as a giant tube.

Well, there were still two weeks until Christmas, so why stop there, right?  I decided to use smaller needles and pay better attention to proportions and make one for Brian.  I developed a diamond pattern repeat and went to town.  It came out much better. 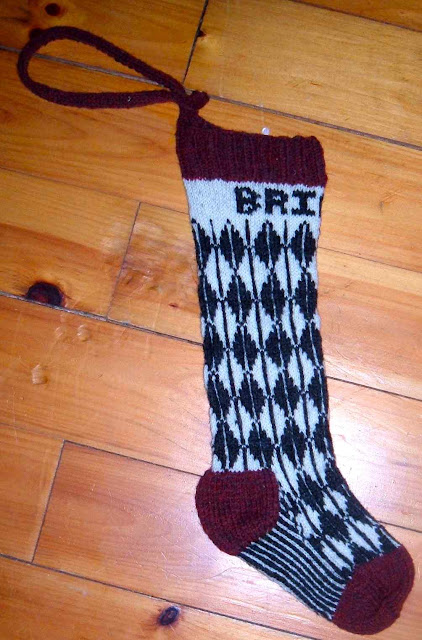 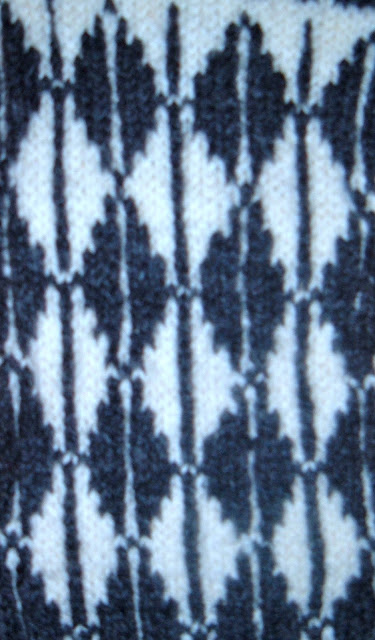 Still a few days left before Christmas... I kept knitting!  This time I made one for me.  I had run out of red yarn, but had some nice blue.  To keep it seasonal, I was thinking about a pattern that was sort of starry nightish.  That reminded me of some mittens that our friends in Norway had knit for me many years ago.  I dug them out of the mitten drawer and copied down the pattern with a few edits to adapt it to the stocking.

I finished it on Christmas eve  - just in time! 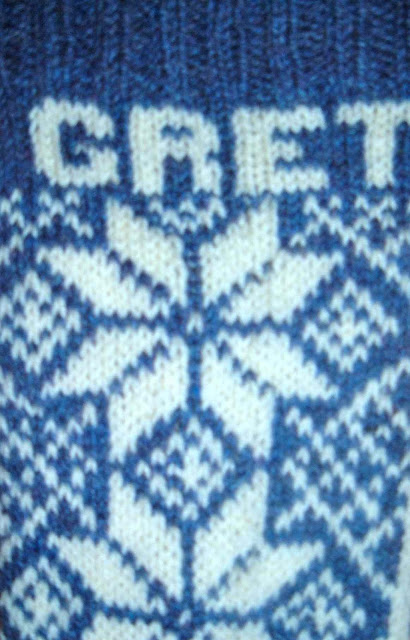 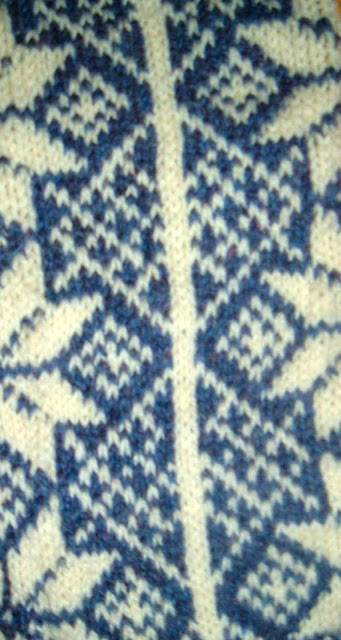 Here are our stockings loaded up by Santa on Christmas eve.  Henry's stocking may look funny, but it's very functional!  I'll probably make a better one for him in the future. 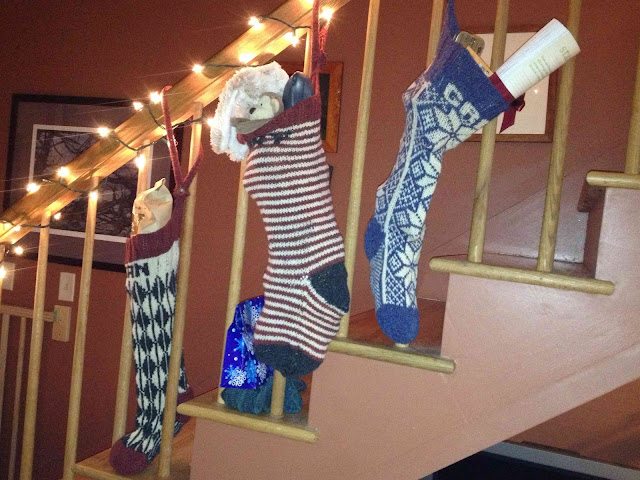 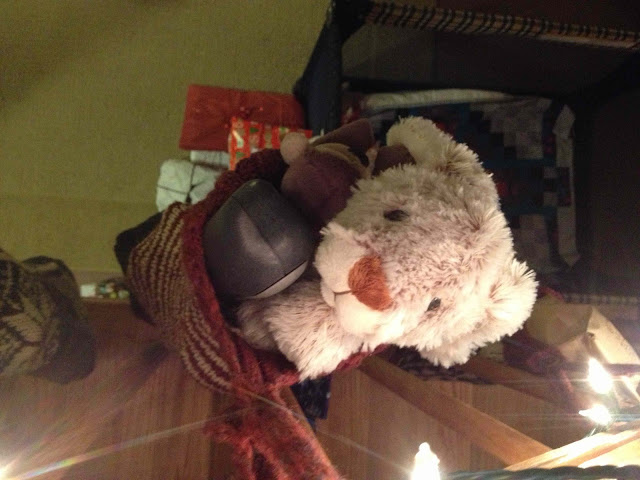 And the look on his face Christmas morning made all that last minute knitting worthwhile!

Millstone Artworks
I am an artist and aquatic ecologist exploring the intersection of art and science. See more of my art at: www.millstoneartworks.etsy.com